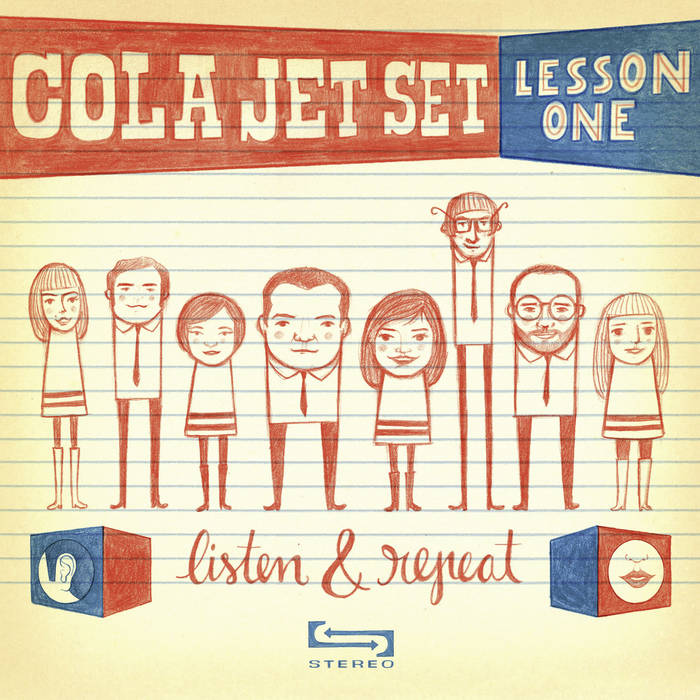 COLA JET SET is one of Elefant label’s national groups that are creating the greatest legion of fans in the Anglo-Saxon public, as anyone could see in their recent shows in the UK. That’s why, as a special present to their English fans, they are releasing a single with some of their most well-known songs translated into English, as well as a few covers of foreign groups. The band from Barcelona with a constantly growing roster of band members, which currently includes Ana (voice), Felipe (guitars), Ester and Ruth (backing vocals), Dani (bass), Alicia (voice and guitar), Joan (drums) and Manel (keyboards), gives a different nuance to their music with English phonemes. We can rediscover “En Esta Pista Ya No Se Puede Bailar” under the new title, “The Land Where We Can Dance Forever”. They maintain their highly danceable disco-pop spirit and their marvellous arrangements, somewhere between THE JACKSON 5 and THE SHANGRILA’S. And there’s also “El Sueño De Mi Vida”, this time “The Dream of My Life”, which, in this format, could be considered one of the hits from THE SCHOOL’s discography or one of THE PIPETTES’ first singles.

But there are also huge new things for the group’s followers, because this single includes two marvellous, previously unreleased covers, from two of our favorite groups. On one hand, “Candy”, by THE MAGNETIC FIELDS, which is revisited under a sixties prism, with a twelve-string guitar and the precious play of voices flooded with emotion for every second of the song, turning a song that we had previously associated with its original author into something that COLA JET SET created themselves. On the other hand, they released a version in Spanish of MY BLOODY VALENTINE’s “Moon Song on their first single, “Cosas Que No Se Olvidan”, which they have now rerecorded in its original language, leaving it like a luminous, addictive, sunshine pop delicacy.

Sometimes it’s interesting how something as simple as the language the song is being sung in can make such a difference in how the song turns out. And with “Lesson One: Listen & Repeat” we have rediscovered a new COLA JET SET, just as catchy, with the same pop spirit, but somehow different. We don’t know which we should keep. But, do we really have to choose?