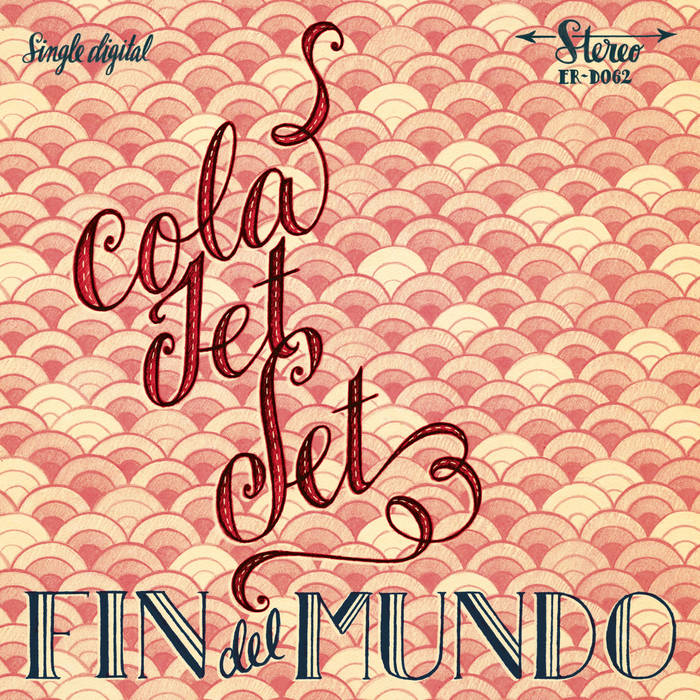 This Single is only available in digital format

It has been a while since we heard any news from them, but they are finally back. They are returning with a few changes in the line-up, and more importantly with a new collection of great pop songs. These are timeless, catchy songs, full of exciting stories and eternal melodies.

All this time, on top of very carefully and lovingly preparing this new album, they have been busy with so many other professional and personal things - especially Felipe, who has been touring non-stop around Spain and Mexico with the triumphant return of LOS FRESONES REBELDES. They began recording the album in 2013 and in this period of time, Ana, Cristina and Joan Pernil have left the group, and other musicians have temporarily formed part of it, like Estel and Anna. But now Felipe is back, and this time Alícia is in charge of the lead vocals, so the current COLA JET SET line-up is Alícia on vocals and guitar, Dani on bass, Felipe on solo guitar and 12-string, Manel on keyboards, Matt on guitar, Ruth on backing vocals and percussion, Toni on drums and Gerard Civat participating as a producer and on backing keyboards.

And even though that and so many other things have happened in these last few months, the group from Barcelona is still just as fresh, their spirit is just as adolescent, and their sensibilities are just as pop. This new album shows it all very clearly, aiming perfectly for immediate hits.